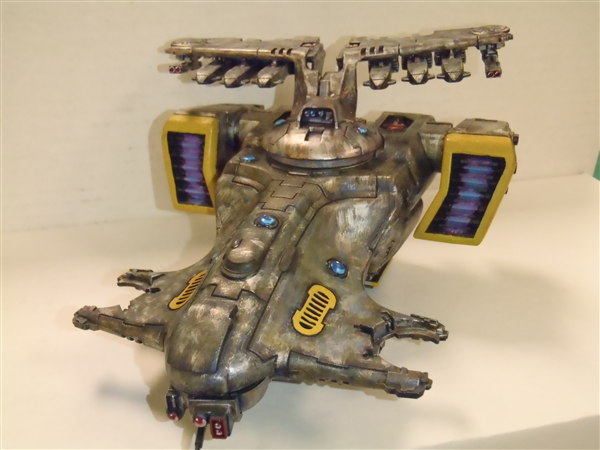 No, these aren’t professional paint jobs from GW’s elite.

What makes them look so cool?

Aside from the awesome paint-job, Tau figures have rounded edges (no harsh lines) in their design. Most notably, their drones and crisis suits (pictured below) are made up of circles and ovals (oblong shapes). Very easy on the eyes!

Then there’s how they play. I’ve played against other Tau players, Zac B for instance, and I was never able to get even close with my Orks. The Tau faction is really good at shooting their opponents’ heads off (among other body parts). They’re a very interesting faction to play and play against.

If you’re curious about Warhammer 40k and would like to try out the game or paint a fig- then please come by any Sunday that we have an event (except this upcoming May 8, 2011).

If you’ve got some amazing paint-job on your figs and want to be featured, then please drop me a line too!