At this time of year, I think people have almost come to expect the worst.

And here we are.

After a full week of delays, our “Invincible Iron Man” Heroclix shipment has arrived!

Most admit, I feel really fortunate to have a GREAT GROUP OF REGULARS that have a seemingly endless supply of patience and understanding. Delivery dates came and went (without delivery), connections were missed (Purolator status: “Missed Connection”), and snow: lots and lots of snow happened. But, our players stuck by me and I really do appreciate that. To make it up to you, I’m going to do my best to get all of my preorder accounts one Power Source for their Mandarin Rings!

Thanks go out to all of sales reps and distributors- thank you for your patience with me and all of your shipping updates- I know I must’ve been a real nuisance calling and emailing you everyday asking for more info. Sorry and thank you, guys!

So, our “Invincible Iron Man” Launch Party has been pushed back to tomorrow: Thursday, November 28 @ 6 PM! 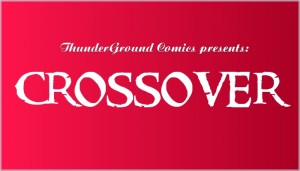 “Crossover” is the next logical step of our game: Play One, Play Them All!

We’re hosting an exciting new, experimental league where players are invited to “Crossover” into other game systems like Magic, Warmachine Hordes, Warhammer 40K and Fantasy, Star Wars LCG, and others to be added soon! Don’t see your favourite game listed? Send me an email and I’ll do my best to add it to our roster of game systems!

“Crossover” is the celebration of our game and our community! Join now! 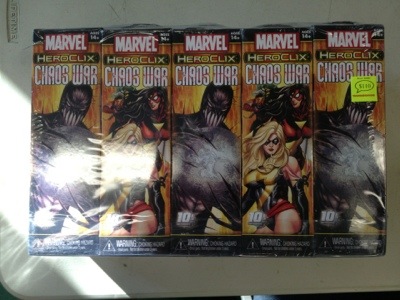 If you’re like everyone here, you just can’t get enough of the Avengers!

The good people at WIzKids have heard your cries and released an Avengers themed set: “Chaos War“!

Our Infinty Gauntlet events are set for Tuesday, July 17 and Tuesday, July 31 at 6 PM! Both of these events are Sealed Booster and 300 Point Army builds. They’ll cost $25 and we’re going to giveaway a Grandmaster to 1st pace and one as a random prize. The first 12 entrants will also get a Mind Gem (the last one to complete your Infinity Gauntlets)!

One more thing, we’re trying to find a day/tme for a Chaos War Launch Party. Right now, Saturday, July 14 is looking good but we’ll have to confirm that day/time. 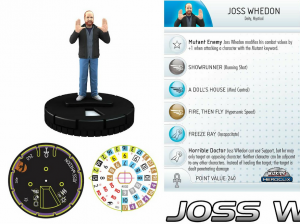 Your fave writer/director will soon have his very own Heroclix figure!

Arriving this July is a special gift set featuring other media celebs (Stan Lee, Harry Knowles, and Morgan Spurlock)! All 4 figs will be usable in tournaments and are available for preorder right now!

If the good people at Wizkids/Neca know one thing; it’s how to make GREAT Heroclix sets!

Their latest Marvel expansion focuses on the more cosmic side of things with characters like Silver Surfer, Doctor Doom (after he stole Silver Surfer`s Surfboard), a Celestial, Morg (a herald of Galactus) and Galactus himself!

Galactic Guardians is sold in 5 figure booster packs and in bricks of 8 boosters with one SUPER booster! Super boosters are approx twice the size of a normal booster and contain colossal size figures (like Galactus!)!

Get in on the fun!

We`re hosting a Launch Party this Wednesday, April 18 at 6 PM!

It`ll be $24 to enter (the cost of 2 boosters) and we will have 4 Limited Editions (LE) to give away (Iron Man, Spider-Man, Wolverine, and Hulk)! First Place will get first choice, Second Place will get second choice and then we`ll do 2 separate random draws for the remaining 2 LE figures!

Want to try out Heroclix? Send me an email and we can setup a meeting time!

Bet you’re wondering why there’s a “Coming March 2012” shipping date for a product that is scheduled for an April 11th release?

Wizkids/Neca is actually releases this is a few different ways:

Get ready, this April 11th we will have the latest and greatest Heroclix set called “Galactic Guardians” following the Annihilation, Annihilation: Conquest and Annihilation: Earthfall storylines!

(Not familiar with these storylines but want to? We will have all of the Annihilation books here in short supply, so please let em know if you want me to hold onto one for you!)

Not only does this Galactic Guardians set have Galactus (of course!), but it also heralds the return of those giantic Super Boosters! We will also be giving out Marquee figs to everyone that purchases a Brick of GG from us so place your orders now!

Don’t forget to check out our Store Calendar for the latest “Infinity Gauntlet” events!

Looks like the fellows want to start a bit early! 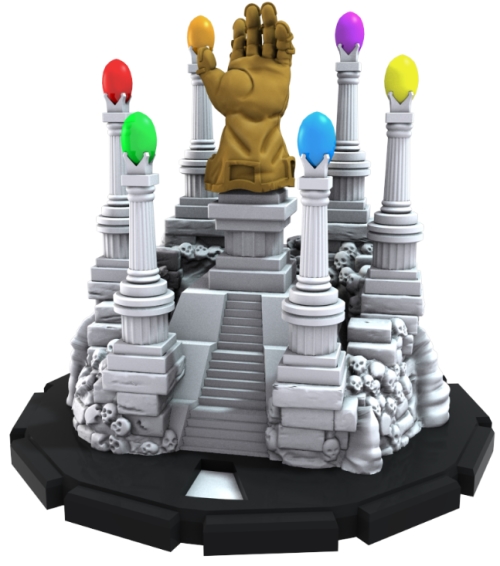 If you’ve ever had any interest in this game NOW is the time to start!

We’ve finished our January Infinity Gauntlet events and are ready to start Feb with a BANG!

Both events are 600 Point Armies constructed from the Modern Age where at least 300 points must be from the “Incredible Hulk” and/or “Superman” HeroClix sets.

Instead of running a single event, as suggested in the event documentation, we’ve decided to run two events and split the prize pool in half. So, we will give away two In-Betweeners at each event (one to First Place and one as a Random). We’re also giving away the Soul Gem as a participation prize!  The reason why we decided to split the prizes and run 2 events is because our HeroClix players aren’t able to meet on the same day- we’ve also seen a surge of new players so that’s the logic behind having a random prize. 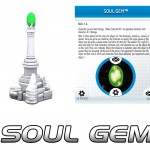 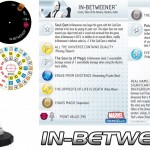 Click on the above pictures to see the prizes!

Thanks for reading and see you at the games!

Marvels Jade Giant, the Incredible Hulk, gets his own HeroClix!

Learn how to play for FREE- schedule a time with Roy! 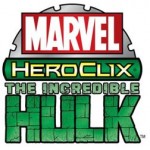 Just in time for the holidays!

Help us celebrate this new product launch with a Release Event (Saturday, December 17 at 4 PM)!

At the Launch Party, players can enter by purchasing 2 sealed Hulk boosters and build a 400 point armies!